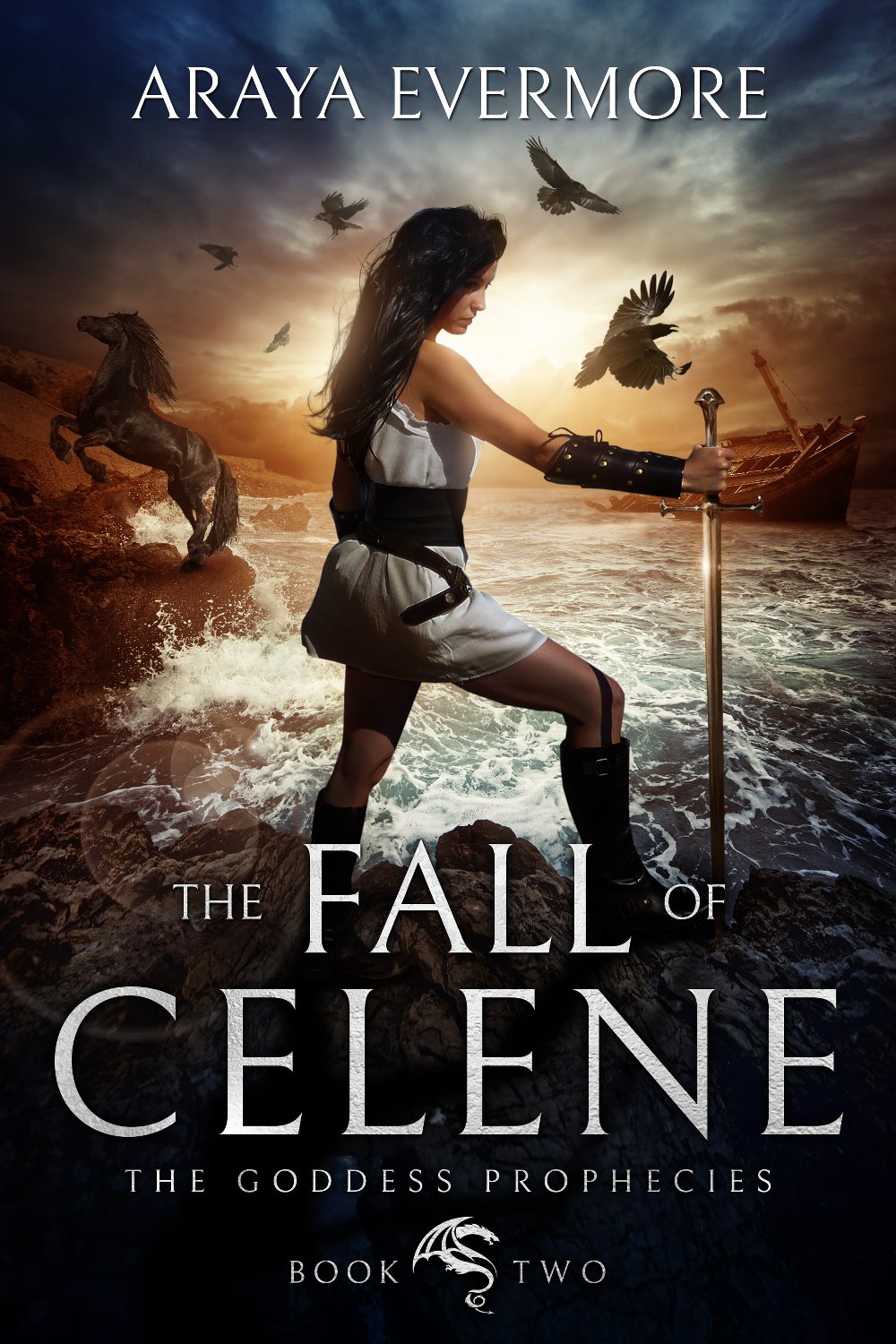 “My name is Issa and I am hunted. I hold a power that I neither understand nor can barely control…”

The battle for Maioria has begun. Issa faces a deadly enemy as the Immortal Lord’s attention turns fully in her direction. The hunt is on for the Raven Queen and nothing will stand in Baelthrom’s way—he must destroy this new power that grows with the rising dark moon… or assimilate it. Only by embracing the ancient warrior of prophecy can Issa hope to face the darkness that threatens to consume her.

Hameka, a cunning, ruthless and brilliant commander, takes his savage fleet of undead to the tranquil shores of Celene. Cirosa, her plans thwarted, hungers for revenge.

Issa’s enemies are many, and few seek to join her cause as she struggles to survive against those who would enslave and kill her. The warrior within is awakening, and Issa must do all she can to master the sword and her magical powers to survive. If she does not have the strength to embrace the Raven Queen, then Baelthrom has already won.

A young woman has the power to stop the darkness in this epic fantasy adventure. If you love soulful, fast-paced fantasy, feel-good stories, strong female leads, richly detailed fantasy worlds, swords, magic and dragons—all with a touch of romance—then you will love this book.

Click below to continue upon this epic fantasy adventure today!

“My 2nd favorite author. Tolkien is my first.”

WHAT READERS ARE SAYING...

"An amazing book, just could not put it down" - Charity

"This is a fantastic and gripping read. The storyline is both harrowing and hopeful in equal measure, very cleverly told. I want more, of course!" - The editor

"You seem to have captured the essence of a whole different level of fantasy writing and I can't wait for the next book!" - Epic Fantasy Reviewer

"I want to say that it was a thoroughly enjoyable fantasy to read. Your world building is very complex, deep and layered. I loved your characters and your plot was well-developed. You took me into another world!" - Kathy B

“The world of Maioria is richly textured and imagined, in the vein of Robert Jordan's very successful Wheel of Time series. A nice difference is that your Chosen One is female rather than male.” - Mollie M. Reviewer, Writer, Editor

“A beautifully wrought fantasy with every element you could ever crave in the genre. Heroines, Heroes, A dark lord, dragons, elves, magic aplenty. A wonderful introduction to a promising new series." – Heather M. Top Reviewer

“Like the fulfilling high fantasy stories of old, this book is filled with the best the genre has to offer; swords, dragons, witches and wizards, shapeshifters, and epic battles – with a touch of romance...” - Jon M. Reader

"Couldn't put it down from start to finish, wonderful story telling of the heroine and her friends cant wait for the next book." - Rapley

"At last, a fantasy novel that shines with warmth and provides good, old-fashioned escapism in spades. Heroes you can really care about in a fully-realised fantasy world, rich with culture and mythology. Couldn't put it down!" - Tiger Lily